Companies that own trucks must follow all trucking rules, including allowing their drivers to have enough rest. Truckers should also take breaks after working for several hours continuously. Failing to do this causes fatigue, which interferes with a motorist's driving ability and can make them cause collisions. Truck drivers and their employers should take responsibility for the losses you incur if a fatigued trucker causes a truck crash. Here's what you need to know about holding them accountable for your injuries and how a truck injury lawyer can help you to get justice.

The Risks of Operating a Semi While Fatigued

Most truckers spend hours on the road as they transport goods to different states. They drive continuously without taking a break, especially if they are under pressure to meet demands to pick up and deliver cargo. As a result, they don't get enough sleep, which causes impairment, similar to driving under the influence. It affects a trucker's alertness, cognitive functioning, attention, and judgment, which can cause them to get in collisions with other vehicles.

This mostly happens when big rigs drift into another lane or a driver fails to notice a hazard up ahead. Other drivers are overwhelmed by sleep and at the wheel, which makes them lose control of their trucks. Fatigue also causes a slow reaction when truck drivers notice an emergency. In this case, they hit the brakes when it's too late, which makes them causes rear-end collisions. A trucker who causes a wreck through these behaviors should compensate you for your losses. Their employer may also be liable if they forced the driver to overwork.

Drivers that cause collisions because of fatigue-related issues should face the law for their behavior. Your lawyer can also take legal action against the trucking firm if they realize they were partly to blame for the crash. They will gather evidence to prove that the trucker had worked continuously without taking a break as required by law. Your auto accident injury attorney will write to the trucking company requesting the driver's records that show the distance they had covered before the collision. They might also get witnesses to share information about the crash. For instance, they might explain that they saw the semi-swerving and colliding with an oncoming vehicle. The evidence will prove that the defendants were responsible for your injuries and should face the law.

Truck driver fatigue can lead to fatal collisions involving big rigs and passenger vehicles. This can cause severe property damage and injuries that may require compensation to cover your losses. An auto accident lawyer can help get the evidence needed to prove your case and institute legal measures against the wrongdoer to ensure you get justice. 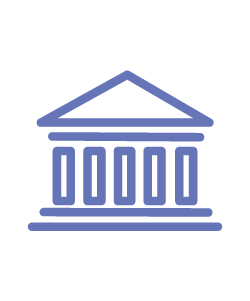